To share your memory on the wall of Curt McIntosh , sign in using one of the following options:

To send flowers to the family or plant a tree in memory of Curt Edward McIntosh , please visit our Heartfelt Sympathies Store.

Receive notifications about information and event scheduling for Curt

We encourage you to share your most beloved memories of Curt here, so that the family and other loved ones can always see it. You can upload cherished photographs, or share your favorite stories, and can even comment on those shared by others.

Posted Dec 23, 2019 at 09:58pm
MY DEAR FRIEND......When we talked last....well..we always talked about things most people find...different, funny, and oh so very interesting..... I told you I visited my Grandmother (Pupaw) & Grandfather (Cook) at the Cemetery to place the Christmas flowers on their grave. We talked about how Sammy (Mr. Mc) was in front of them and did it he find it strange to his name there also. "well no," he said, dying is a part of life.....Well...I said, "I always say hello to him at Easter and Christmas..and that I love and miss you Mr. Mc." I had no idea Curt....that I would be saying it to you so soon. I opened your Christmas present early Curt....after I learned of your passing. My last "Curt book." It was so hard to do.......I will miss you...and I loved you, you were always a dear dear special friend of mine.....Rest well my friend...until we meet again..and we will....
Comment Share
Share via:
RW

Posted Dec 23, 2019 at 07:16pm
I was Curt's professor at Clarksville Baptist College. He usually came to my table at lunch and tried to teach me Esparanto language. He was a blessing to be around and was smart, especially in English Grammar. He would get me into a grammar discussion in class, and the two of us would leave the rest of the class behind sometimes. Then I would have to "catch myself" and get back onto the lesson for the day. Great guy! Sorry to know of his death. God bless the familly.
Comment Share
Share via:
SC

Posted Dec 23, 2019 at 06:44pm
I would see Curt at least once or twice a week at Food Lion... He was always very courteous and friendly... He will be missed... My condolences to Curt’s family and friends...
Comment Share
Share via:
B

Posted Dec 23, 2019 at 06:07pm
Curt was so sweet to everyone that he came in contact with. He will be missed.
Betty Jane Rye Atkins 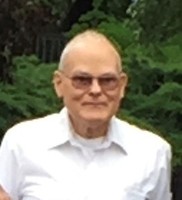