To share your memory on the wall of Wilton Rye , sign in using one of the following options:

Provide comfort for the family of Wilton Rye with a meaningful gesture of sympathy.

We encourage you to share your most beloved memories of Wilton here, so that the family and other loved ones can always see it. You can upload cherished photographs, or share your favorite stories, and can even comment on those shared by others.

Posted Mar 24, 2019 at 07:02am
Our family sends condolences for the loss of your loved one.
“True, death brings sorrow and tears, and it is hard to adjust to the absence of a loved one. But what comfort and strength we gain from the assurance that the Sovereign Lord Jehovah “will actually swallow up death forever, and . . . will certainly wipe the tears from all faces”! (Isaiah 25:8; Revelation 21:4) Our prayers are with your family. 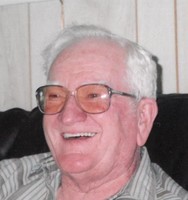