Obituary for Timothy A Jones 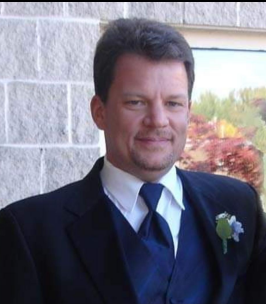 Tim entered into this life on March 9, 1968, in Willoughby, OH to the late Robert Lawrence and Shirley (Crissey) Jones. In addition to his parents, he is also preceded in death by his brother, Robert L. Jones, Jr.
Timothy was a passionate machinist, following in his father’s footsteps at Willoughby Screw Machine at the age of 15. Upon closing 10 years ago, he continued at Diversified Machine Components in Eastlake, Ohio until he retired April 2021.

Timothy was also an avid runner, participating in many marathons with his running family, whom he cared for deeply. He loved playing music and was a member of various rock bands in the 80's and 90's, playing the keyboard and singing backup. He loved cars, particularly classic Mustangs.

Tim was a devoted horse show dad. Between driving to horse show competitions in snowstorms, cleaning boots and loading a car full of girls, Tim did anything and everything for his pride and joy, Nora. He loved all animals, especially his cats Bling, Pandora, and grand kittens Yukki and Sachi. He also enjoyed maintaining his salt and freshwater aquariums over the years.

He thoroughly enjoyed computers, often repairing and building them, for himself and others. He was deemed a Microsoft Certified Professional. Tim was also a firearm aficionado and aspired to become a gunsmith. He remained enthusiastic about collecting and shooting guns until he passed away.