To share your memory on the wall of Thurman Hayes, sign in using one of the following options:

Provide comfort for the family by sending flowers or planting a tree in memory of Thurman Hayes.

To send flowers to the family or plant a tree in memory of Thurman Hayes, please visit our Heartfelt Sympathies Store.
Read Less 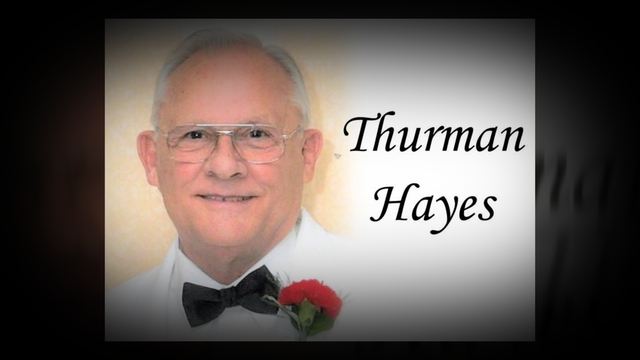 We encourage you to share any memorable photos or stories about Thurman. All tributes placed on and purchased through this memorial website will remain on in perpetuity for generations.

All the Abernathys and Jimmy Hayes too., Uncle Jack Bess and family, and others have sent flowers to the family of Thurman Hayes.
Show you care by sending flowers
Hand delivered by a local florist

All the Abernathys and Jimmy Hayes too., Uncle Jack Bess and family, and others have sent flowers to the family of Thurman Hayes.
Show you care by sending flowers
Hand delivered by a local florist
SH

Our heartfelt condolences to you and the family Herma. May God give you comfort and peace in this time of loss. We will keep you in our prayers. Love to all.
Heavenly Father, we pray to you for Thurman and for all those whom we love but see no longer. Grant to them eternal rest. Let perpetual Light shine upon them. May his soul and the souls of all the departed, through the mercy of God, rest in peace. Amen
-Scott and Karen Hoffman Family
Comment | Share Posted Mar 20, 2020 at 05:06pm via Condolence
VP

So sorry for your loss. I know he will be missed. He was a good man. I will call Buddy in Michigan and let him know. Prayers are with you.

All the Abernathys and Jimmy Hayes too.

So many memories of a sweet and kind person. We know he will be greatly missed. Praying for all of you.

All the Abernathys and Jimmy Hayes too. purchased flowers and planted a memorial tree for the family of Thurman Hayes.
Order Now | Show All
Comment | Share Posted Mar 19, 2020 at 09:52am via Floral Arrangements
UF

Our thoughts and prayers are with you. Much Love,

Flowers were purchased and a memorial tree planted for the family of Thurman Hayes.
Order Now | Show All
Comment | Share Posted Mar 19, 2020 at 12:43am via Floral Arrangements