To share your memory on the wall of Sue Albertia, sign in using one of the following options:

Provide comfort for the family by sending flowers or planting a tree in memory of Sue Albertia.

Provide comfort for the family of Sue Albertia with a meaningful gesture of sympathy.

To send flowers to the family or plant a tree in memory of Sue Albertia, please visit our Heartfelt Sympathies Store.
Read Less

Receive notifications about information and event scheduling for Sue 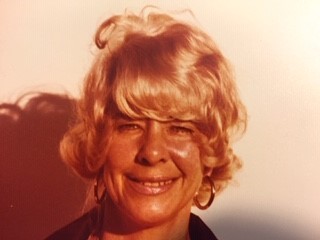 We encourage you to share any memorable photos or stories about Sue. All tributes placed on and purchased through this memorial website will remain on in perpetuity for generations.

Steve & Karen Bradley sent flowers to the family of Sue Albertia.
Show you care by sending flowers
Hand delivered by a local florist

to the family of Sue.. Sorry for your loss. Sue was a great person. She worked with my step-father, Charlie Binkley in the juvenile division. She was always joking with me when I was down there at CPD..I will always remember the good times we had there. Prayers to you.
Comment | Share Posted Aug 14, 2020 at 04:59pm via Condolence
MH

Peace be with Jay, Gena and their children. Celebrate her life and remember the good times.
Comment | Share Posted Aug 13, 2020 at 05:54pm via Condolence
FD

Sorry about your loss of your Mother, Patsy and I will be praying for you and your family tomorrow as you celebrate her life.

Our thoughts and prayers are with you and your family. We are sorry for your loss.