To share your memory on the wall of SGM Retired Hubert Thomas, sign in using one of the following options:

Provide comfort for the family of SGM Retired Hubert Thomas with a meaningful gesture of sympathy.

He continued with great strength and perseverance until the very last moment he took the Master's Hand. Even in the hospital, he sang hymns of praise and thanksgiving to God. SGM Thomas will be greatly missed by those who love him.
Memorial donations may be made to Little West Fork Baptist Church for a new sound system.
Condolences may be made online at www.NaveFuneralHomes.com
Read Less

We encourage you to share your most beloved memories of SGM Retired Hubert here, so that the family and other loved ones can always see it. You can upload cherished photographs, or share your favorite stories, and can even comment on those shared by others.

Flowers were purchased and a memorial tree planted for the family of SGM Retired Hubert Thomas.

Posted May 12, 2020 at 10:44am
This is Sheri, worked at Sharon Patterson's State Farm. Not sure if you remember me but I have missed you and Mr. Thomas so much over the past 4 years of not see you come into the office. I am so sorry for your loss and I will be praying for peace and comfort for you all soon. He was such a wonderful man. So caring and thoughtful. I loved talking to him and hearing how he loved his family so much. He was always so proud of this kids and grandkids. Please know I am thinking of you and hope that you are well.
Comment Share
Share via:
ET

Posted May 11, 2020 at 05:31pm
Regina’s dad, Hubert, volunteered in the Kenwood Elementary School’s library during book fairs, joining my dad, Rupert Belt: so we had Hubert and Rupert manning the 2 cash registers, selling books and posters to children who invariably would not have enough money to cover their purchases, and they would go in their pockets to make up the difference. As Hubert’s obituary notes, he became known at school for his humor and kindness, and made the craziness of book fair days tolerable. I loved his obituary: it captures so much of the great guy I admired so, and I am praying for his wife and daughter and son, as well as all the other family and friends who loved him and will miss him. Until we meet again, Mr. Hubert. 🙏🥰
Comment Share
Share via: 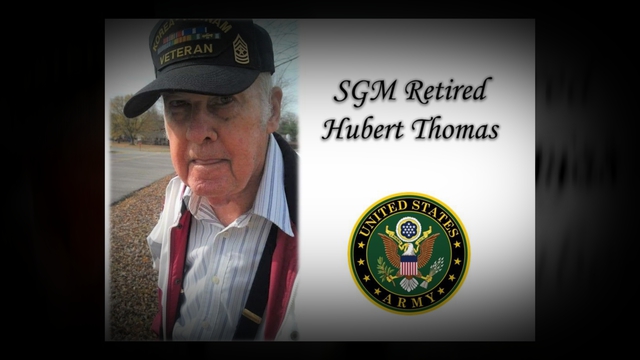