To share your memory on the wall of Robert Batson, Sr., sign in using one of the following options:

Provide comfort for the family of Robert Batson, Sr. with a meaningful gesture of sympathy. 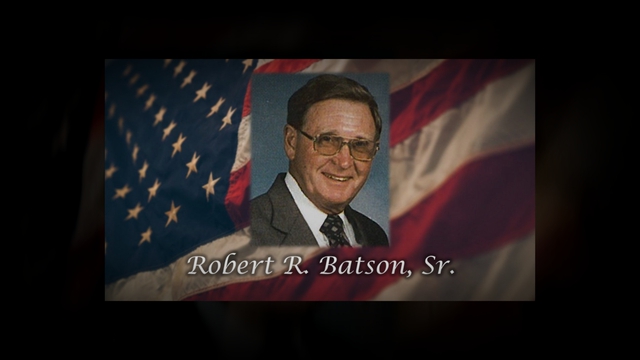 Brian and Christine Mann sent flowers to the family of Robert R. Batson, Sr..
Show you care by sending flowers
Hand delivered by a local florist

Sending our condolences and sympathy to all the family.
Rev. Dave and Patty McIntyre
Comment | Share Posted Nov 16, 2019 at 11:32am via Condolence
DM

Sorry to learn of Bob's passing. He lived a life full of adventure. Bob was a great Rotary buddy, I enjoyed having lunch and sharing war stories. Rest in peace Bob, my condolences to your family.
Davis McCutchen
Comment | Share Posted Nov 14, 2019 at 10:35pm via Condolence


Froggy! Thank you for me being your "movie buddy" excuse to go all those awesome mid '80s movies and watching so many late night Elvira flicks on TV! Goonies never die!!!

Thank you for me being your "movie buddy" excuse to go all those awesome '80s movies and watching many late night Elvira flicks! Goonies never die!!!