To share your memory on the wall of Riley Darnell, sign in using one of the following options:

Provide comfort for the family by sending flowers or planting a tree in memory of Riley Darnell.

Provide comfort for the family of Riley Darnell with a meaningful gesture of sympathy.

Riley C. Darnell, 80, of Clarksville, TN was called home on October 2, 2020, after a brief battle with cancer. He passed in the comfort of his home surrounded by his family.

Riley is survived by his loving wife of 57 years, Penny, his f... Read More
Riley C. Darnell, 80, of Clarksville, TN was called home on October 2, 2020, after a brief battle with cancer. He passed in the comfort of his home surrounded by his family.

Riley is survived by his loving wife of 57 years, Penny, his five children, Whit, Eddy, Eve, Joy, and Dawson, nine grandchildren, his brother Alex, and extended family. Riley was a loving father, husband, grandfather, and friend to everyone.

Riley entered this life on May 13, 1940, to the late Elliot Sinclair and Anita Whitfield Darnell. He attended Clarksville High School and graduated with the class of 1958. He was then accepted into Austin Peay State University, Clarksville, TN, where he majored in Economics and History while minoring in Political Science. He graduated from Austin Peay with a B.S. degree in 1962. Riley went on to study law at Vanderbilt University School of Law in Nashville, TN and graduated in 1965 with his J.D. degree. He was admitted to the Tennessee Bar in August 1965.

Riley began his career in public service by commissioning in the United States Air Force as a Captain in 1966, where he was assigned to the Judge Advocate General Corp until his honorable discharge in 1969. Upon his return to Clarksville, TN in 1969, he worked as a general trial practice attorney in the Law Firm of Welker and Darnell until 1993.

Riley ran for political office in 1970 and was elected to the Tennessee General Assembly as a member of the State House of Representatives, representing District 67 Montgomery County. Riley served as the Chair of the Joint Committee on Fiscal Review, House Finance, Ways, and Means Committee, and the House Judiciary Committee.

In 1980, he was elected to the Tennessee General Assembly as a member of the State Senate for District 22 representing Montgomery, Stewart, Houston, Cheatham, Robertson, Dickson, and Humphreys Counties. In the State Senate, he served as the Chair of the Transportation Committee, Senate Democratic Majority Leader, and held positions on numerous other committees.

Riley was known by his legislative colleagues for his sharp intellect, fiscal responsibility, and willingness to work in a bipartisan manner to bring progress to all Tennesseans. Some of his proudest accomplishments include working to establish a committee on children and youth and sponsoring legislation to improve Tennessee’s schools, health care, government transparency, and transportation infrastructure.

Riley became the Tennessee Secretary of State in 1993 and held that position until 2009. As Secretary of State, managing 380 employees, he was responsible for the maintenance of all official acts and proceedings of the Governor and the General Assembly and had authority over the Tennessee State Library and Archives as well as divisions responsible for the state’s electoral process, the regulation of charitable organizations to prevent theft and fraud, the incorporation of new businesses, administrative law judges, and the publication of the Tennessee Blue Book and state regulations. He also served on numerous state boards and commissions responsible for areas such as public higher education, promoting access to homeownership, and maintaining the state’s sound financial position.

Riley was a natural politician who loved connecting with his constituents and offering his assistance in any way possible. He treated his employees as family and his affection for them was reciprocated. A humble man of the people, he loved nothing more than meeting friends for lunch at one of Nashville’s venerable meat-and-threes.
Riley Darnell was, however, more than a politician: he was a statesman. His values, high ethical standards, and compassion combined with his ability to lead left a mark for which all Tennesseans can be grateful.

To send flowers to the family or plant a tree in memory of Riley C. Darnell, please visit our Heartfelt Sympathies Store.
Read Less

Receive notifications about information and event scheduling for Riley 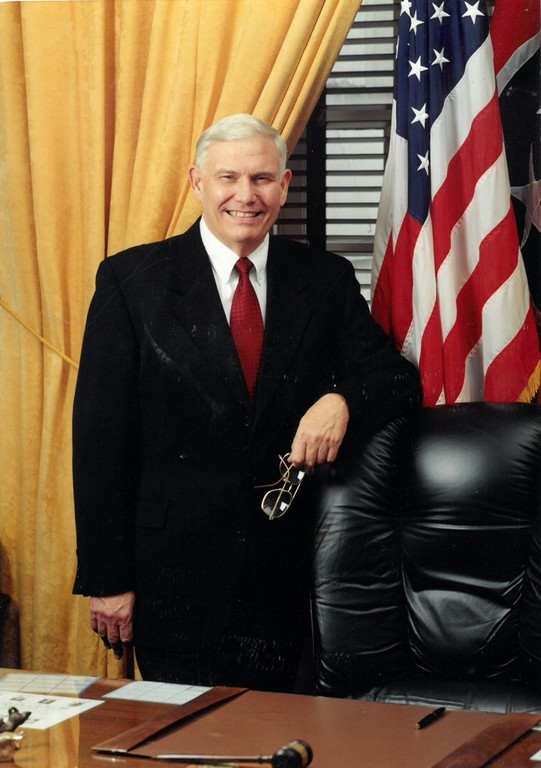 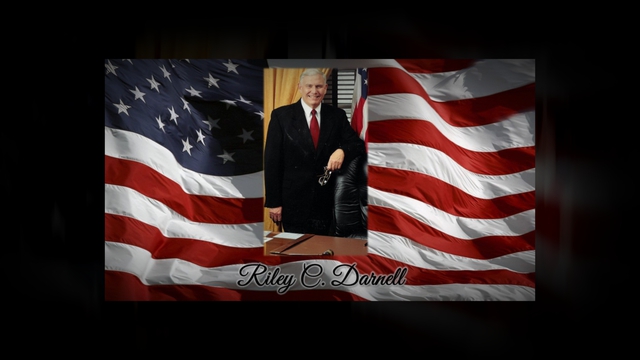 We encourage you to share any memorable photos or stories about Riley. All tributes placed on and purchased through this memorial website will remain on in perpetuity for generations.

For 10 years, I had the pleasure of serving under former Secretary of State Riley Darnell. I continue to admire him for his leadership, integrity, professionalism and fairness. He was a true stateman and I extend my sincere condolences to Mrs. Darnell and family.
Comment | Share Posted Oct 08, 2020 at 05:05pm via Condolence
IG

Riley Darnell was one of the finest persons I have ever known! He was kind, thoughtful, hardworking, and compassionate. He truly cared about each person he met! I remember him helping the PTA at his children’s school—swinging a mop after an event or taking out garbage or whatever needed to be done. That is just one small example of the kind of man he was! This world is a better place because of Riley Darnell! He will be greatly missed!
Comment | Share Posted Oct 08, 2020 at 02:40pm via Condolence
BB

Riley Darnell was both a colleague and a good friend. I extend my sincere condolences and symphony to Penny, to all his family, and to his hundreds of friends.

To Penny and the Darnell family; I was very sad to learn of Riley's passing. He welcomed me into his fellowship as a new Secretary of State colleague in 1997. He often said he was glad I arrived because we both talked the same way. I was glad I arrived to see his gentle manner, humor, concern for others while executing his duties without regard to party labels.. Make no doubt about it, he was a Democrat but he was also a public servant and statesperson. I have missed him in the years since he left office.

I know everyone's heart is heavy, please know Riley made a positive contribution to Tennessee and also to the National Association of Secretaries of State.

Please accept our most heartfelt sympathies for your loss. Our thoughts are with you and your family during this difficult time.