To share your memory on the wall of Nolen Withers, sign in using one of the following options:

A Celebration of life will be held 7 p.m. on Tuesday, March 3, 2020 at McReynolds-Nave & Larson Funeral Home with Rev. Steve Louder officiating. The Wither... Read More
Nolen Withers, 64 of Clarksville, TN passed away on Saturday, February 29, 2020.

A Celebration of life will be held 7 p.m. on Tuesday, March 3, 2020 at McReynolds-Nave & Larson Funeral Home with Rev. Steve Louder officiating. The Withers Family will receive friends from 4-7 p.m. on Tuesday at the Funeral Home. Nolen will be laid to rest at Roselawn Cemetery in Charleston, IL.

Nolen was born on November 12, 1955 in Blue Island, Illinois, the son of Hartsell and Deloris (Nickel) Withers. Nolen began his service to God and Country early in his life earning the Pro Deo et Patria emblem for Scouting followed by the Eagle Scout award in 1971. Upon graduating from Gillespie High School in 1973, Nolen enlisted in the United States Navy proudly serving his Country for six years aboard the USS Ethan Allen submarine successfully achieving the rank of First Class Petty Officer.

Upon his honorable discharge, Nolen obtained his technical expertise on computer systems by attending Technical and Community colleges. At the beginning of his career, Nolen worked at Recognition Equipment Inc. and Banctec Service Inc. as a Field Engineer providing remittance processing expertise. In 1998, Nolen was honored to rejoin government service by accepting a position at the Springfield Police Department as the Security Officer and Software Specialist for networks and peripheral applications. While working at Springfield Police Department, Nolen met his wife, Lynette Marie Gobleman and they were married in 2002. After retiring from the SPD in 2010, Nolen continued his service to his county by taking a position at Blanchfield Army Community Hospital with a duel role of being a Pharmacy Systems Administrator and Information Technology Specialist for the information Management Division. While a member of the BACH Team, Nolen was commandeered on several occasions for his dedication to service including receiving the Commander’s Award for Civilian Service in 2015 and 2018 and the Department of the Army’s Achievement Medal for Civilian Service in 2018.

Memorials may be made to the American Cancer Society.

Condolences can be made online at Navefuneralhomes.com
Read Less

To send flowers to the family or plant a tree in memory of Nolen Withers, please visit our Heartfelt Sympathies Store.

Receive notifications about information and event scheduling for Nolen

We encourage you to share your most beloved memories of Nolen here, so that the family and other loved ones can always see it. You can upload cherished photographs, or share your favorite stories, and can even comment on those shared by others.

Flowers were purchased for the family of Nolen Withers. Send Flowers 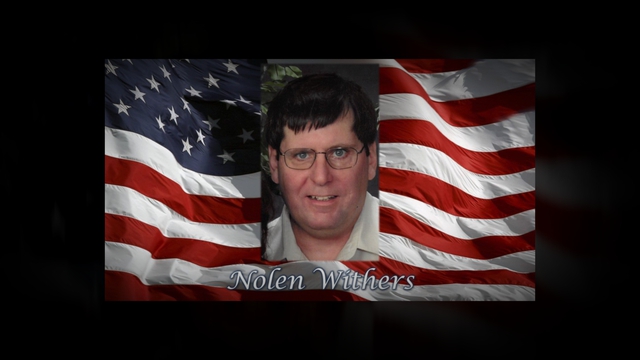