To share your memory on the wall of Neil Burchell, sign in using one of the following options:

Provide comfort for the family of Neil Burchell with a meaningful gesture of sympathy.

Private family service will be held on Tuesday, April 7, 2020 at McReynolds-Nave & Larson Funeral Home. A Celebration of Life in Iowa, and Military Honors in Ohio, will be held at a later date.

Neil was born April 29, 1942 in Pittsburg, PA to Francis and Leona (Wittman) Burchell. He graduated from The University of Akron, OH in 1968. On June 21, 1975, he was united in marriage to Brendia Kay Witt in Long Grove, IA. He worked at the Rock Island Arsenal for the Department of Defense as a General Engineer from 1969 to 2004.

Neil was a Veteran of the United States Army and enjoyed target shooting and reloading ammo. As a member of the Single Action Shooting Society, he enjoyed Cowboy target shooting competitions and as a member of the Wapsi Wranglers enjoying old western style reenactments. He also loved to read, walk his dog and being active in his church community. He was a long-time member of St. Ann’s Catholic Church in Long Grove, IA and for a short time was a member of Saints Peter and Paul Catholic Church in Hopkinsville, KY. For the last thirty-nine years, Neil has been celebrating sobriety and enjoyed supporting his A.A. group.

Neil is survived by his children, son John (Gina) Burchell of Lebanon, TN; daughter Dawn (Brian) Glover of Clarksville, TN; grandchildren, Adaline, Taylor (Jonathan), Mathew, Joshua and Caleb; brother Richard Burchell and sister Christine Edwards. He was preceded in death by his parents Francis and Leona, and his brother Francis.

Online condolences may be made at www.NaveFuneralHomes.com
Read Less

Receive notifications about information and event scheduling for Neil

There are no events scheduled. You can still show your support by sending flowers directly to the family, or planting a memorial tree in memory of Neil Francis Burchell.
Plant a Tree

We encourage you to share your most beloved memories of Neil here, so that the family and other loved ones can always see it. You can upload cherished photographs, or share your favorite stories, and can even comment on those shared by others.

Posted Apr 08, 2020 at 11:55am
Neil was a colleague for many years at Rock Island Arsenal. We always relied on his expertise and knowledge. But most of all we considered him a friend. Condolences to the family. Neil was a great person and will be missed by all.
Comment Share
Share via:
T

Posted Apr 07, 2020 at 08:37pm
God called home a truly wonderful man! Neil was a friend I could confide in, was there for me thru hard times these last 15 years. My only regret was I could not be there for him now. Thru Saturday night mass at St. Anns, many a CEW, and many dinners together, we shared many similar interests. Neil was a great servant for his Lord. He mentored me and many others in the things that matter. He will be greatly missed. RIP Friend.

Posted Apr 07, 2020 at 03:56pm
Neil was one of the warmest most open people I have known. His love for his God, family, and life were shining in his eyes and in his ready smiles. He inspired my faith and devotion to his family, community and his faith. May he rest in peace. And may your many memories sustain in these hours of grief and in the years to come. Make your life HIS legacy.
Comment Share
Share via:
JM

Posted Apr 07, 2020 at 03:09pm
Neil was the first person who introduced himself to us at St. Ann's Church in Long Grove. He was happy to share all the wonderful programs St. Ann's has, and was a great ambassador for the church. He served in many ways at our church. It was always a blessing to see him doing for others and so much fun to talk with him. John, Dawn and family, please know you are all in our prayers at this time. God bless you. Jennie and Mike McKenna
Comment Share
Share via: 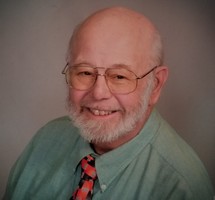 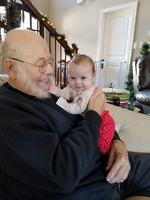