To share your memory on the wall of MSGT (Ret.) Donald Holder, sign in using one of the following options:

Provide comfort for the family by sending flowers or planting a tree in memory of MSGT (Ret.) Donald Holder.

Master Sergeant Donald C. Holder, US Air Force (Retired) age 93, passed away peacefully at his Clarksville, Tennessee home on February 8, 2020. He was a veteran of both the Korean and Vietnam Wars.

MSGT Holder was born on April 5, 1926 i... Read More
Master Sergeant Donald C. Holder, US Air Force (Retired) age 93, passed away peacefully at his Clarksville, Tennessee home on February 8, 2020. He was a veteran of both the Korean and Vietnam Wars.

MSGT Holder was born on April 5, 1926 in Madison County, Alabama to the late Velva V. and John Curtis Holder. He married his loving wife, Ruby Evelyn Honea Holder, of 74 years on November 17, 1945. After growing up on farms in Northern Alabama and Southern Tennessee, MSGT Holder joined the United States Air Force in 1951 and was stationed in various places including Texas, Ohio, Alaska, Florida, and New Mexico. In addition, he served our nation in Vietnam from 1966-1967.

Upon returning from Vietnam, MSGT Holder was stationed at Andrews Air Force Base outside Washington, DC where he proudly served the President by assisting with the care of Air Force One.

Following this assignment, MSGT Holder retired with full military honors and settled in Clarksville, TN where he began a second career at Trane Company and retired again in 1988. After this, he worked at McReynolds-Nave & Larson Funeral Home where he remained until December 2015.

A member of Little West Fork Baptist Church since 1971, he was a member of the Deacon body, pulpit committee, and in 2018 became their first Deacon Emeritus.

In addition to being a brave and loyal airman and servant to his Lord, he was a loving husband, father, and grandfather and was beloved by his family and friends.

A Celebration of Life will be held at 11 a.m. on Tuesday, February 11, 2020 at McReynolds-Nave & Larson with Dr. Kim Allen officiating. Burial will follow at Resthaven Memorial Gardens. The family will receive friends on Monday February 10, 2020 from 4-7 p.m., and again on Tuesday from 9:30 a.m. until the hour of service at the funeral home.

If desired, memorials may be made to Little West Fork Baptist Church at 201 Britton Springs Road, Clarksville, TN 37042 in lieu of flowers.

To send flowers to the family or plant a tree in memory of MSGT (Ret.) Donald Curtis Holder, please visit our Heartfelt Sympathies Store.
Read Less 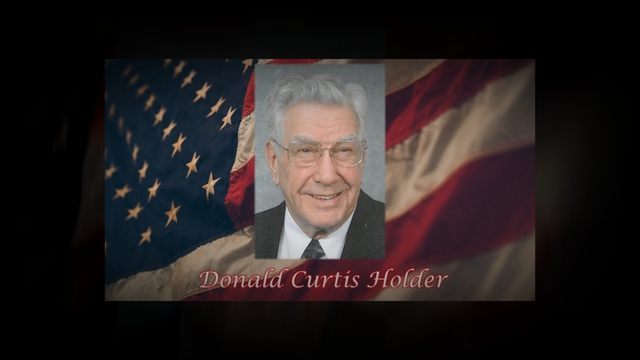 We encourage you to share any memorable photos or stories about MSGT (Ret.) Donald. All tributes placed on and purchased through this memorial website will remain on in perpetuity for generations.

With all our love Eva, Ron and Karen Pendergrass

Flowers were purchased for the family of MSGT (Ret.) Donald Holder.
Order Now | Show All
Comment | Share Posted Feb 10, 2020 at 11:12am via Floral Arrangements
HS

Remember that we love and care about you.