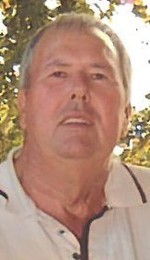 Visitation will be Saturday from 11 a.m. until the hour of service at the funeral home.

Lurton entered into this life on April 13, 1943 in Montgomery County, TN to the late William Thomas and Polly Kelly Baggett. He was retired from Cheatham County School System, where he worked as a custodian. He was a member of Baggett’s Chapel Church of God of Prophecy, enjoyed NASCAR, wrestling, and spending time with his three dogs.

In addition to his parents, he is preceded in death by his siblings; Aubrey Earl Baggett, Franklin Baggett, W.G. Baggett, Reta Hutchison, Grace Hutchison, Mina B. Leftwich, and Imogene Johnson.

Condolences may be made online at www.NaveFuneralHomes.com.