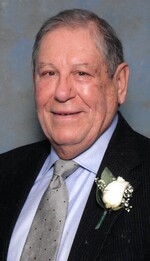 Private Graveside services and Military honors will be held at Kentucky Veterans Cemetery West
.
Richard entered this life on February 7, 1929 in Toledo, OH to the late Frank and Josephine Janese. In January of 1974, he retired from The United States Army after twenty-six years and nine months of honorable service. He was a 3rd Degree Mason, a college graduate and enjoyed playing golf.

In lieu of flowers, memorial donations may be made to the Wounded Warriors Project or the Richard Joseph Janese Scholarship, c/o Justin-Siena High School, 4026 Maher St #2243, Napa, CA 94558