To share your memory on the wall of Larry Vaughn, sign in using one of the following options:

Provide comfort for the family by sending flowers or planting a tree in memory of Larry Vaughn.

Provide comfort for the family of Larry Vaughn with a meaningful gesture of sympathy.

Larry was born on March 3, 1934 in Montgomery County, TN to the late Raymond and Fannie Bagby Vaughn. He was a graduate of Clarksville High School and attended Austin ... Read More
Larry Gene Vaughn, 86 of Dover passed away Saturday, April 18, 2020.

Larry was born on March 3, 1934 in Montgomery County, TN to the late Raymond and Fannie Bagby Vaughn. He was a graduate of Clarksville High School and attended Austin Peay State University. Larry was a Baptist and retired from Birmingham Vending Company after many years of dedicated employment. He was also a Veteran of The United States Army.

In addition to his parents, he is preceded in death by his wife, Mary Alice Vaughn.

A Private Memorial service will be held at a later date.

Memorial donations may be made to any organization benefiting Medical Charities.

Condolences may be made online at www.NaveFuneralHomes.com

Receive notifications about information and event scheduling for Larry 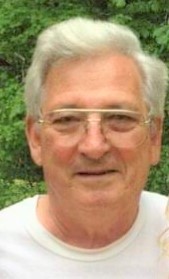 We encourage you to share any memorable photos or stories about Larry. All tributes placed on and purchased through this memorial website will remain on in perpetuity for generations.

Jay Stokes has honored the life of Larry Gene Vaughn by planting a memorial tree.
Plant a Tree in Memory of Larry
Planted in the area of greatest need
TP

So sad Bruce; Larry was such a special Man, we will deeply miss his wit and humor. i know how much He loved you and Scarlett. Thanks Larry for wonderful memories and also for your service to our country. RIP
Comment | Share Posted Apr 22, 2020 at 10:27am via Condolence
BS

So sorry for your loss. Larry will be greatly missed. Thoughts & prayers for the family.
Boots & Phyllis Streetman
Comment | Share Posted Apr 21, 2020 at 05:24pm via Condolence
GW

Prayers for the family.So sorry. He will be missed by many
Comment | Share Posted Apr 21, 2020 at 02:52pm via Condolence

So sorry for the loss of Uncle Larry. I always looked forward to his visits. He was so much fun. I have great memories of my times spent with Uncle Larry!
He will be missed by all that know him.
Comment | Share Posted Apr 21, 2020 at 02:19pm via Condolence