To share your memory on the wall of Gerald Reynolds, USN (Ret.), sign in using one of the following options:

Provide comfort for the family by sending flowers or planting a tree in memory of Gerald Reynolds, USN (Ret.)

Provide comfort for the family by sending flowers or planting a tree in memory of Gerald Reynolds, USN (Ret.)

A Memorial service will be held at 11:00 a.m. Thursday, August 6, 2020, at Kentucky Veterans Cemetery West.
Gerald was born on June 1, 1936, in Peoria, IL to the late Samuel and Margie Laird Reynolds. He was Retired from The United States Navy, achieving the rank of Petty Officer 1st Class, a member of Bethel Cumberland Presbyterian Church, and an active volunteer at Tennova Healthcare. Gerald enjoyed making rings, giving him the nickname of “Ring Man”. More than anything, he enjoyed time with his family, especially on game nights.

In addition to his parents, he is preceded in death by his brothers, Monty and Joseph Reynolds.

Online condolences may be made to www.NaveFuneralHomes.com
Read Less

To send flowers to the family or plant a tree in memory of Gerald Reynolds, USN (Ret.), please visit our Heartfelt Sympathies Store.

Receive notifications about information and event scheduling for Gerald

We encourage you to share your most beloved memories of Gerald here, so that the family and other loved ones can always see it. You can upload cherished photographs, or share your favorite stories, and can even comment on those shared by others.

Posted Aug 04, 2020 at 08:38pm
I was so very happy I was able to spend a special moment with him when I was there for 4th of July weekend. My daughter Jackie Williamson and James took me to their place for dinner. After dinner he told me "let me take you on a tour of our place". He was so proud of his home and showed me his special pictures on the wall of his beautiful family and named everyone in the pictures. He once again gave me 3 dime ond rings he made and I will cherish them always. Jason, one of his grandsons at dinner asked him to share a story with us. He shared a story when he was in the Navy. I cherish that time with him and Sue. I am so very thankful that Jackie is a part of this beautiful family which now makes me a part. You will be missed Gerald by all your loved ones and all those ladies you handed those dime-ond rings too will remember you. I know I will.
Comment Share
Share via:

Posted Jul 31, 2020 at 10:59pm
I would like to share a memory. My dad started this with my daughter Jessica he would write her a note on a napkin and put. 1. 4. 3. Which stands for. "I" "love" "you" meaning the amount of numbers in those 3 words. My daughter to this day leaves me a message on a napkin with 1. 4. 3 by my coffee cup before I go to work
Comment Share
Share via:

Posted Jul 31, 2020 at 10:51pm
My father was such a loving man and I was blessed he was mine!! It was extra special because he chose me😄 I was adopted at birth and God put me with the worlds greatest dad ever!! He was always there for me nit sure how I am going to make it without him...
Comment Share
Share via: 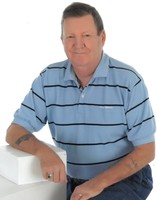 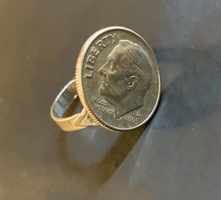