To share your memory on the wall of Dr. Martha Williams, sign in using one of the following options:

Provide comfort for the family of Dr. Martha Williams with a meaningful gesture of sympathy.

We encourage you to share your most beloved memories of Dr. Martha here, so that the family and other loved ones can always see it. You can upload cherished photographs, or share your favorite stories, and can even comment on those shared by others.

Beatriz and Cecilia sent flowers to the family of Dr. Martha Suzanne Williams.
Show you care by sending flowers

Posted Oct 21, 2019 at 07:41am
What an amazing lady! Beautiful and kind with a lust for learning that was nothing short of contagious. I will remember all those special moments that you inspired me to be better, learn more and appreciate all that around you. I will never forget. Rest in peace sweet lady and give Dr. Al that long awaited hug.
Angela Palmore Owen
Comment Share
Share via:

Posted Oct 17, 2019 at 12:38pm
I met Dr. Williams many years through FCE and loved her as everyone else did. She was genuine and a loving person. I am sure she will be missed. Thanks for your legacy! Sheila Settles, Extension Director in Houston Co., Tn.
Comment Share
Share via:
DS

Posted Oct 17, 2019 at 06:53am
Dr. Williams taught me at the Academy. I got my love for science from her and she was one of my favorite teachers there.
Comment Share
Share via: 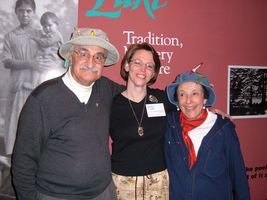