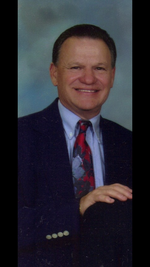 David B. Hardwick, 73, of Clarksville passed away on Sunday, December 15, 2019 at his residence.
Celebration of Life will be held 2 p.m. Wednesday, December 18, 2019 at McReynolds-Nave & Larson Funeral Home with Deacon Dominick Azzara officiating. Visitation will be Wednesday from 12 p.m. until the hour of service at the funeral home. Burial will follow at Resthaven Memorial Gardens.
David entered into this life on November 30, 1946 to the late Richard "Dick" and Juanita Boarders Hardwick. He was a member of Immaculate Conception Catholic Church and a graduate from Austin Peay State University, with a degree in business. During college, he was member and the first president of ATO Fraternity. He later became the owner of Clarksville Auto Parts and Waterworks Night Club. He was an avid sports-fan, loved the TN Vols and NASCAR.
In addition to his parents, he is preceded in death by his brother, Ricky Hardwick.
Survivors include his loving wife, Mary Ann Hardwick; children, Roni Boyce and Blake Hardwick; daughters by marriage, Natasha Denton and Lori Crockarell; grandchildren, Ryan Boyce, Reid Boyce, and Olivia Hardwick.
Family will serve as pallbearers.
The family would like to extend a special thank you to AseraCare Hospice and Tennova Home Health Care.