To share your memory on the wall of CSM (Ret.) Louis Hoekstra, Jr., sign in using one of the following options:

Provide comfort for the family by sending flowers or planting a tree in memory of CSM (Ret.) Louis Hoekstra, Jr.

Louis was born on October 21, 1928, in Chesterfield, MO to the late Louis John, Sr. and Floyde Hoekstra.
CSM (Ret.) Louis John Hoekstra, Jr. age 91 of Clarksville, TN passed away on February 8, 2020, at home surrounded by his family.

Louis was born on October 21, 1928, in Chesterfield, MO to the late Louis John, Sr. and Floyde Hoekstra.
In addition to his parents, he is also preceded in death by his wife of 64 years, Mary Alice Hoekstra.

After high school graduation, he worked on the family farm with his father and brother. On his 17th birthday, he joined the United States Army. He was deployed to Japan for the occupation after WWII with the 187th M Company. While in Japan, he volunteered for the 11th Airborne and trained as a paratrooper in Hokkaido. After returning stateside, he was stationed at Ft. Campbell. During his 27 years of military service, he was assigned to the 11th Airborne, 187th Airborne Rakkasans, 82nd Airborne, and 101st Airborne. His service time included deployments to Korea, the Dominican Republic, and Vietnam. He had completed 272 jumps by the time of his retirement in 1973. His post-military career was with the U.S. Post Office.

Dad loved his family and his military life, which introduced him to many lifelong friends. He was an avid outdoorsman, hunting and fishing with friends and family for many years. Dad accepted Christ as a young man and asked to be baptized at the age of 81. He has left the land of the dying and entered the land of the living to be forever with his Heavenly Father and those he loved who have passed before.

His funeral service will be held at 10 a.m. on Wednesday, February 12, 2020, at McReynolds-Nave & Larson Funeral Home with Dr. Felts Dent and Rev. Tim Kidwell officiating. Burial will follow at Kentucky Veterans Cemetery West with full military honors. Visitation will be held on Tuesday, February 11, 2020, from 4-7 p.m. and again from 9 a.m. until the hour of service at the funeral home.

In lieu of flowers, donations may be made to the Middle Tennessee Alzheimer’s Association at P.O. Box 150036 Nashville, TN 37215.
Read Less

To send flowers to the family or plant a tree in memory of CSM (Ret.) Louis John Hoekstra, Jr., please visit our Heartfelt Sympathies Store.

We encourage you to share your most beloved memories of CSM (Ret.) Louis here, so that the family and other loved ones can always see it. You can upload cherished photographs, or share your favorite stories, and can even comment on those shared by others.

Posted Feb 10, 2020 at 04:34pm
Our thoughts and prayers are with you all during this difficult time. Much Love-Hutson's, Wise's, and Vittetoe's.

Posted Feb 10, 2020 at 12:11pm
LeeAnne and Mike Gullett, With deepest sympathy for your loss. Our thoughts are with you and your family during this time. 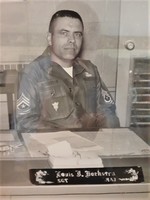 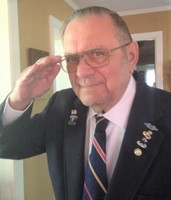