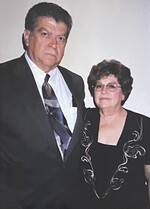 Connie Louise (Studer) Jacks, formerly of Clarksville, Tennessee passed away Saturday, December 19, 2020 at Holstein Senior Assisted Living in Holstein, Iowa. She was a devoted wife, loving mother, and generous friend. She had just celebrated her 79th birthday on December 11, 2020.

A Celebration of Life Service will be held on Thursday, December 31, 2020 at 10 a.m. at McReynolds-Nave & Larson Funeral Home. Visitation will be held 9 a.m. until the hour of service at the funeral home. Burial will follow at Resthaven Memorial Gardens.

Connie was born on December 11,1941 in Dayton, Ohio to Conrad Joseph Sr. and Louise Marie (Kleeman) Studer. She attended high school in Providence, Kentucky where she was crowned basketball queen her senior year in 1959. She also attended cosmetology school in Madisonville, Kentucky. She loved spending time with little children, traveling, crafts, arranging flowers, and sewing.

Connie was united in marriage to Larson DeWayne Meyer in 1959. Three children were born to this union: Cindy Lou, Gloria, and Barbara. They lived in California, Kentucky, Germany, Georgia, and Alabama.

Connie was united in marriage to Tommy Ralph Jacks on March 6,1970. Tom was a career military man, so they lived at many different places in the USA, and also lived in Germany for a while. Two children were born to this union: Kimberly and Dale. They raised their children in Clarksville, Tennessee, and celebrated 41 wonderful years of marriage together until Tom's death on July 6, 2011.

She was preceded in death by her husband, Tom; their son, Dale; her parents, Conrad Sr. and Louise Studer; her mother-in law, and other extended family.