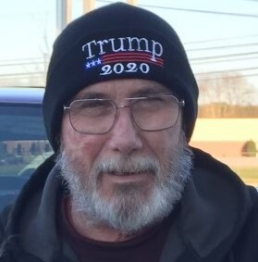 Carl Wallace, age 64 of Clarksville passed away Sunday, June 19, 2022, at Tennova Healthcare.
No services are planned at this time.
Carl entered this life on September 23, 1957, in Lancaster, California to the late Jimmy and Pauline Parks Wallace. He was a Veteran of The United States Army National Guard and a truck driver for Continental Expedited Services. Carl was a handy man who enjoyed working with his hands. He was skilled in wood working and his garden, especially his rose bushes and raising vegetables. Carl enjoyed trains and being outside.
Survivors include his loving wife of 41 years, Doree Wallace; sons, Ricky McAnally and his wife, Jennifer, Chass McAnally and wife, April, and James Wallace; daughter, Jennifer Hatfield and her husband, Monty and grandchildren, Nova McAnally, Lilly McAnally, Dakotah McAnally, Navy McAnally, Ardis Wallace, Shelby Wallace, Ty Hatfield, Samantha Hatfield, and Connor Hatfield.
Online condolences may be made at www.NaveFuneralHomes.com