To share your memory on the wall of Arthur Manning, sign in using one of the following options:

He was born in Clarksville, Tennessee on February 27th, 1948 to Arthur Edgar Manning Sr. and Elizabeth Carney Manning.

His father lost his life in 1951 as POW in the Korean Conflict and, his mother later married Pastor Ben Binkley. Artie’s mother passed away in 1984. Ben and his wife Dee Binkley were at Artie’s side to comfort him in his final days.

He is survived by his 3 children: Francie Tierney (Wes), Lindsey De Jesus (Omar) and Drayton Hughes. He has three beautiful grandchildren Carson Quintard, Cruz De Jesus, and Emma Tierney. He was cared for by all the children and his good friend Jennifer Rudolph.

Artie left a huge impact on not only the Clarksville community but many of the lives within the community. He did this through his kindness, friendship, and leadership that he brought with him to every conversation and interaction he had throughout the day.

He graduated Sewanee Military Academy (now St. Andrews – Sewanee School) in 1966. He was awarded the SAS Service Award in 2019 for his involvement in the “Last Cadet Statue” project that now stands in front of Quintard Hall on the former SMA campus. The statue is there to commemorate Sewanee Military Academy, and the hands on the statue were molded from Artie’s hands.

He went on to graduate from Austin Peay State University with a both a bachelor’s and master’s degree in Education. He was a proud member of Alpha Tau Omega fraternity and was involved in recolonizing the group in recent years and also served as Chapter Advisor.

Artie had a servant’s heart and worked many places in Clarksville including Acme Boot Company, Orgain Building Supply, the City of Clarksville and Montgomery County. While working for the Gas and Water department he developed Gas and Water University. This program gave workers a chance to learn more about the department and even came with a graduation ceremony, rings, pictures and more. He also developed a training program with D2 Energy that has been implemented throughout the state that has taught critical information on water conservation and improved water quality for Tennesseans. He taught architecture and drafting at Clarksville High School where he was also a coach.

Artie was instrumental in raising the bar for TSSAA wrestling in not only Clarksville but the entire state of Tennessee. He helped Clarksville High School make transitions with more than 9 head coaches and he was a driving force to hire Coach Jeff Jordan that led Clarksville High to a State Duals Championship and a Traditional State Championship in 2000. He organized and raised funds to build a wrestling building at Clarksville High that was later named in his honor. Artie received his green jacket signifying his membership into the Tennessee Chapter of the National Wrestling Hall of Fame. He retired from wrestling in 2014 after dedicating over 50 years to the sport. Many of the current coaches in the area are there because Artie asked/told them to be there.

He was an important person to a lot of people. When asked what he would like to be remembered for he said:

I just want people to say, “Artie Manning was my friend”.


In lieu of flowers the family has requested that you make donations to two of his favorite places:

To send flowers to the family or plant a tree in memory of Arthur Edgar "Artie" Manning Jr., please visit our Heartfelt Sympathies Store.

Receive notifications about information and event scheduling for Arthur

We encourage you to share your most beloved memories of Arthur here, so that the family and other loved ones can always see it. You can upload cherished photographs, or share your favorite stories, and can even comment on those shared by others.

Posted Oct 15, 2020 at 09:52pm
My name is Ryk DeYoe. Artie was appointed as my supervisor at CGW soon after I got the job as Information Systems Coordinator. I knew the technical things, Artie knew the management stuff. He was with me while we spent the next several years building networks, phone systems, radio systems, replacing softwares and just basically trying to bring Gas and Water into a new century.
He was with me in 1999, at midnight for the Y2K situation asking "you think we're ok?". I wasn't sure, but I thought we had covered everything.
He was with me when we were writing a proposal for a whole new phone system and network for the ACME boot plant and we built a new five location network.
He was with me when we started the North Service Center and Ft Campbell service center.
He was with me I went through some hard times in my divorce. I didn't want to go to work or even get out of the bed. I didn't call in, didn't let him know anything. Artie called several times...i didn't answer, I just ignored the world and went back to sleep. I heard a knock on the door and saw his truck in my driveway.
He was with me in my personal struggle.
Artie was a man who enjoyed any challenge. Even the new things I threw at him, he accepted, enjoyed and desired. He was a coach, mentor and friend to everyone he knew.

Posted Oct 13, 2020 at 05:54pm
I can always say that Artie is and was a great friend.We played softball together for a few years while I was at APSU and we were about the same height and we always teased each other who was the tallest. I always called him my little buddy. He will be missed very much. My wife ( Kim) worked for Artie at Acme Boot. God Bless! Eddie and Kim Beam
Comment Share
Share via:
MI

Posted Oct 12, 2020 at 02:55pm
I met Artie in the summer of 1969. We were teammates, we were fraternity brothers, and we became good friends. He always brought a smile to any conversation. Jeannie and I are really going to miss him.
Comment Share
Share via:
PC

Posted Oct 12, 2020 at 01:46pm
Prayers from comfort for you all during this difficult time. I worked with Artie at Gas & Water, in fact, he took me on my tour of all of the departments when I first started. He always had a smile and was always willing to help you with anything. He will be missed.
Comment Share
Share via:
MH 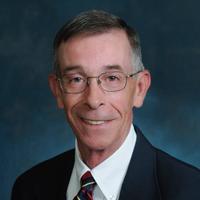