To share your memory on the wall of Alma Singerhoff, sign in using one of the following options:

No services are planned, per Alma’s wishes.

No services are planned, per Alma’s wishes.

Alma entered into this life on July 27, 1943 in Fonde, KY to the late Clyde and Ethel McCulley Mace. After high school, she began employment with the Federal Bureau of Investigation as a Criminal Fingerprint Classifier. She met her husband, Bill, whom was in the United States Army in Washington, D.C. They married on February 2, 1962 in Washington, D.C. Mrs. Singerhoff was proof corrections officer at Jostens where she later retired.

Along with her parents, she is preceded in death by her daughter, Diana Lynn Singerhoff and brother, Lyle Mace.

She is survived by her loving husband of 58 years, William Singerhoff, daughter; Kimberly Singerhoff and one granddaughter; Keara Dawn Singerhoff.

Receive notifications about information and event scheduling for Alma

There are no events scheduled. You can still show your support by sending flowers directly to the family, or planting a memorial tree in memory of Alma Louise Singerhoff (Mace).
Plant a Tree

We encourage you to share your most beloved memories of Alma here, so that the family and other loved ones can always see it. You can upload cherished photographs, or share your favorite stories, and can even comment on those shared by others.

Posted Oct 18, 2020 at 07:03pm
Kim, my mother just told me about your mother. I am so sorry to hear about her passing and my prayers are for you. Mom always talked about how elegant and lovely your mom was and how she really liked her. I hope you can find peace 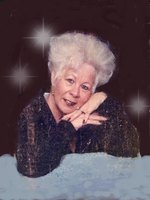